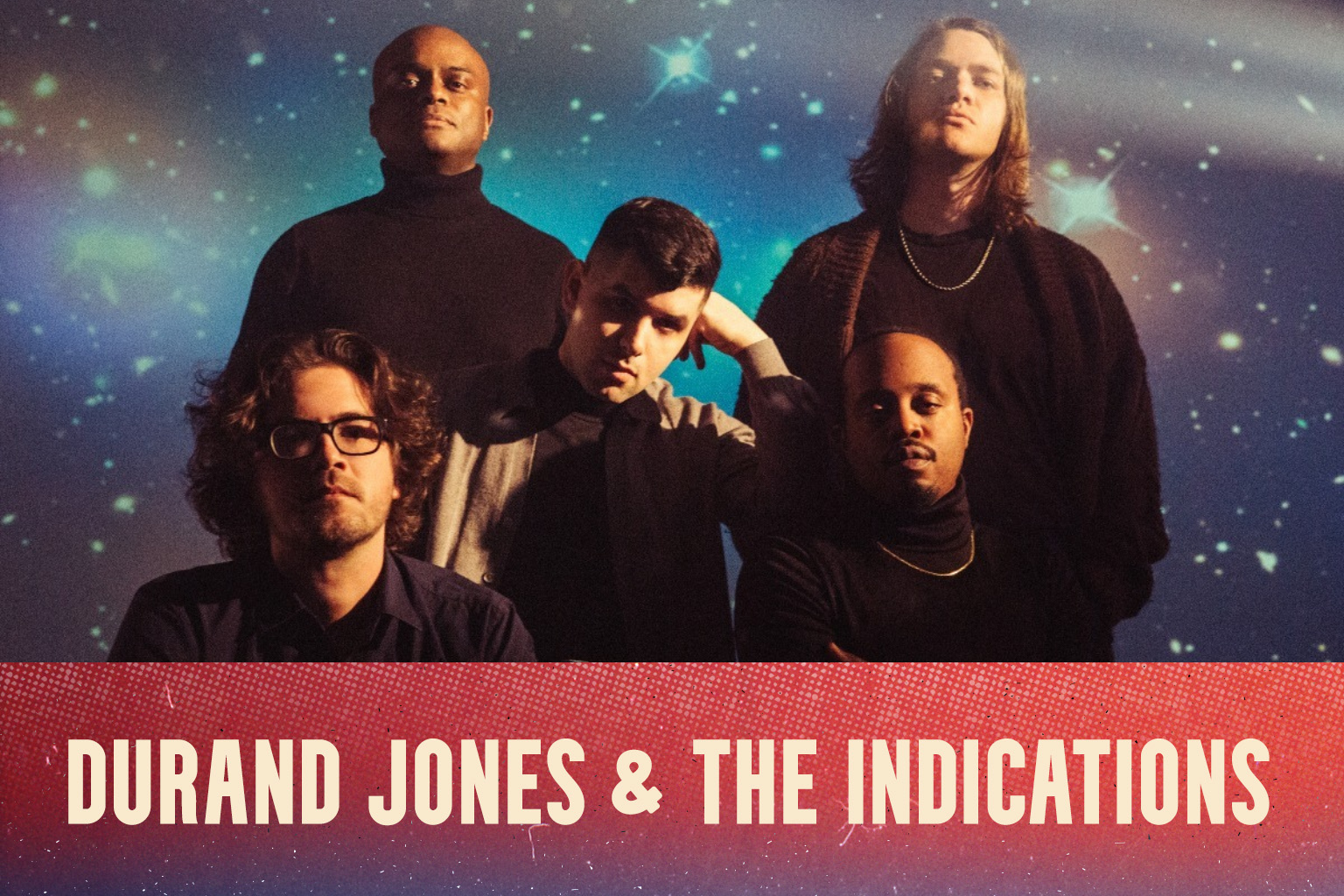 BIODurand Jones & The Indications are equally beloved for their energetic, joyous shows, dual lead singers, and thoughtful songwriting. From an Indiana basement (where the band recorded their 2016 self-titled debut LP as college students), the band has catapulted into the soul limelight and onto an international stage. Pushing beyond the boundaries of the funk and soul on their previous releases, The Indications third album, Private Space, unlocks the door to a wider range of sounds and launches boldly into a world of synthy modern soul and disco beats dotted with strings. Anchored by a crate-digging sensibility and the high-low harmonies of Aaron Frazer and Durand Jones, Private Space shows The Indications mastery at melding revival sounds with a modern attitude. 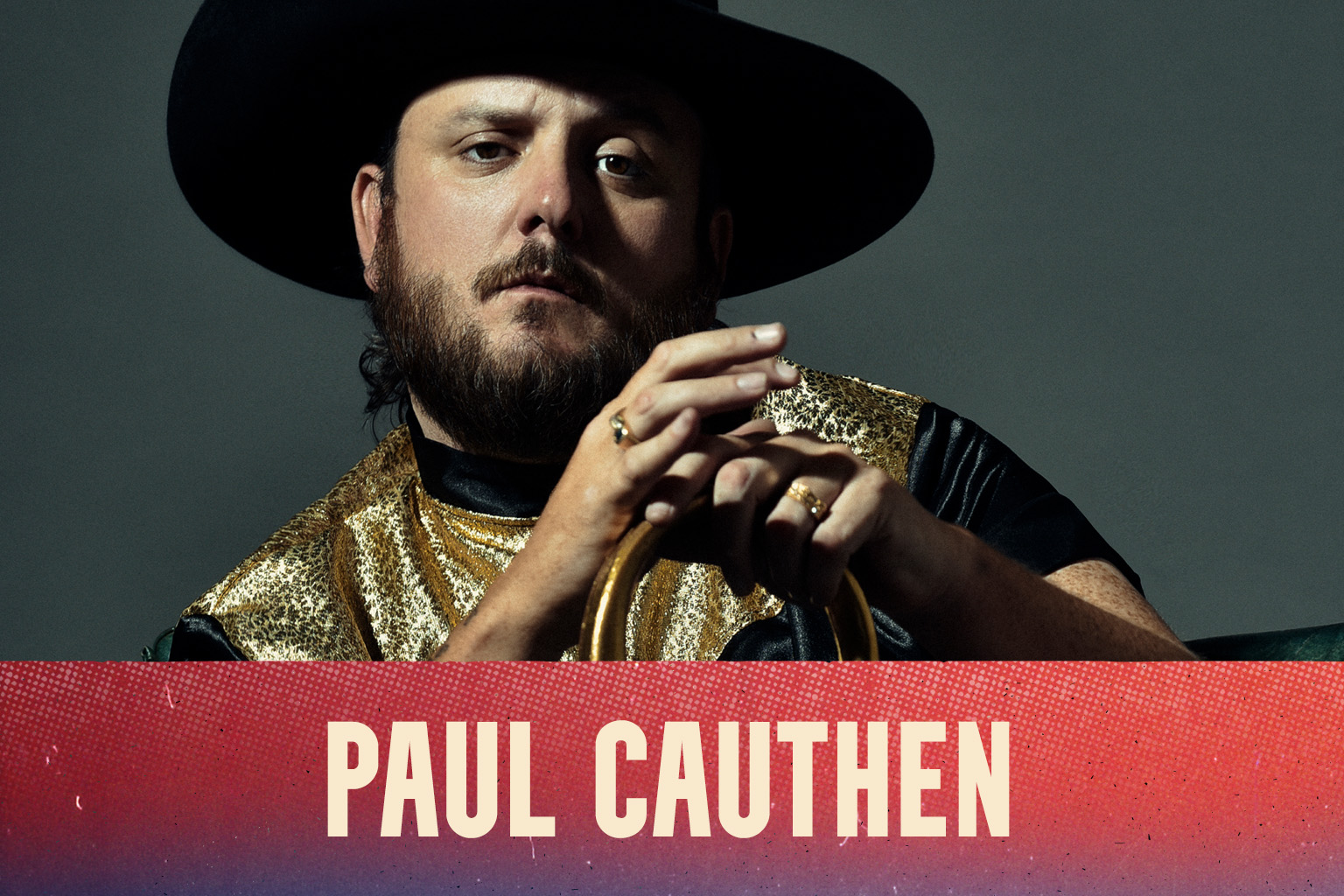 BIOWant to get a bead on Paul Cauthen? Good freakin’ luck — especially on his third album, COUNTRY COMING DOWN. Suffice to say that the singer, songwriter and proud son of Tyler, Texas — steward of a rich, resonant, bass-leaning tenor dubbed Big Velvet — covers a lot of ground and embodies a lot of characters. He’ll tell you right off the bat that he’s “Country As Fuck,” throwing down a wad of “Fuck You Money” and heading into the night to “Cut a Rug.” His “Country Clubbin'” has as much to do with swinging as his swing. But a song or two later dude’s vowing to be loving his wife “Till the Day I Die” and, in COUNTRY COMING DOWN’s title track, dreams of living in “a cabin in the country, far away from the city lights “where “life is slow and easy.” The fact that all of that exists within the same guy, who’s full of good humor, sharp wit and a heart as big as his home state is what makes Cauthen someone who’s easy, and exciting, to spend 10 songs with. 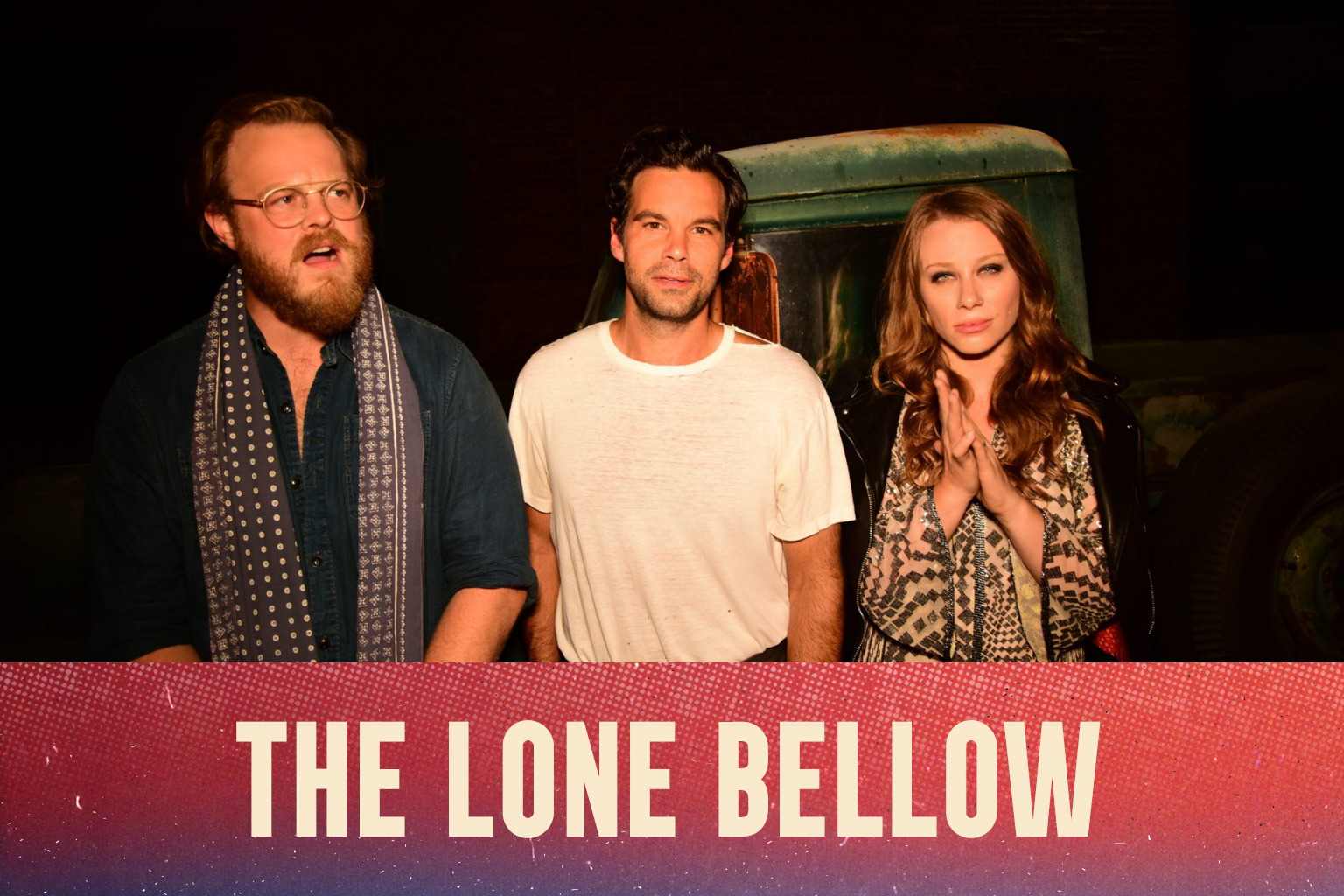 BIO“I want it to bring comfort,” The Lone Bellow guitarist Brian Elmquist says. “But it’s not all hard conversations. There’s a lot of light and some dancing that needs to happen.” Brian is reflecting on Half Moon Light, the band’s highly anticipated new album. With earthy three-part harmonies and songwriting as provocative as it is honest, the trio made up of Brian, lead vocalist Zach Williams, and multi-instrumentalist Kanene Donehey Pipkin creates sparks that make a stranger’s life matter or bring our sense of childlike wonder roaring back. Anchored in the acoustic storytelling that first so endeared the band to fans and critics, Half Moon Light also takes more chances, experimenting with textures and instrumental fillips to create a full-bodied music experience. The result is The Lone Bellow’s most sophisticated work to date. “We try to invite as many people into the process to see what we can make together,” Brian says. “I like that spirit and that freedom. Then, the songs speak for themselves.” 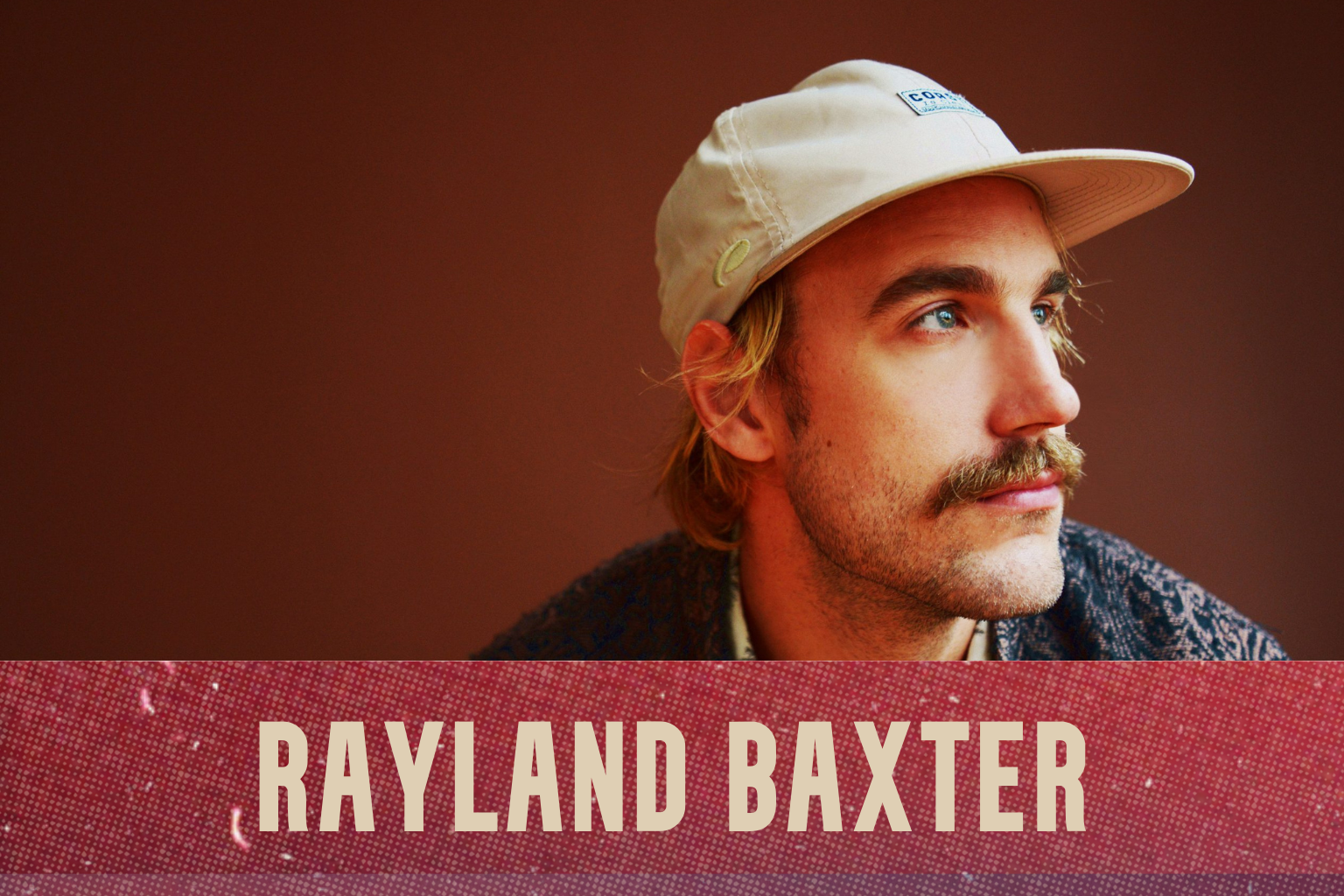 BIOBaxter’s built a career on capturing those sorts of timeless, deeply human sentiments, bringing colorful characters to vivid life with equal parts humor and pathos. His debut album, ‘feathers & fishhooks,’ was a critical hit praised by Interviewfor its “well-worn maturity,” whileNPR described “Yellow Eyes,” the lead single from his 2015 follow-up, ‘Imaginary Man,’ as “close-to-perfect.” Stereogumdubbed the record “an impeccable sophomore break-out,” and Rolling Stone hailed its pairing of “whimsical narrative with often deceptively complex arrangements.” The music earned Baxter festival appearances from Bonnaroo to Newport Folk in addition to tours with an astonishing array of artists, including Jason Isbell, The Lumineers, Kacey Musgraves, The Head and The Heart, Shakey Graves, Lauryn Hill, and Grace Potter. 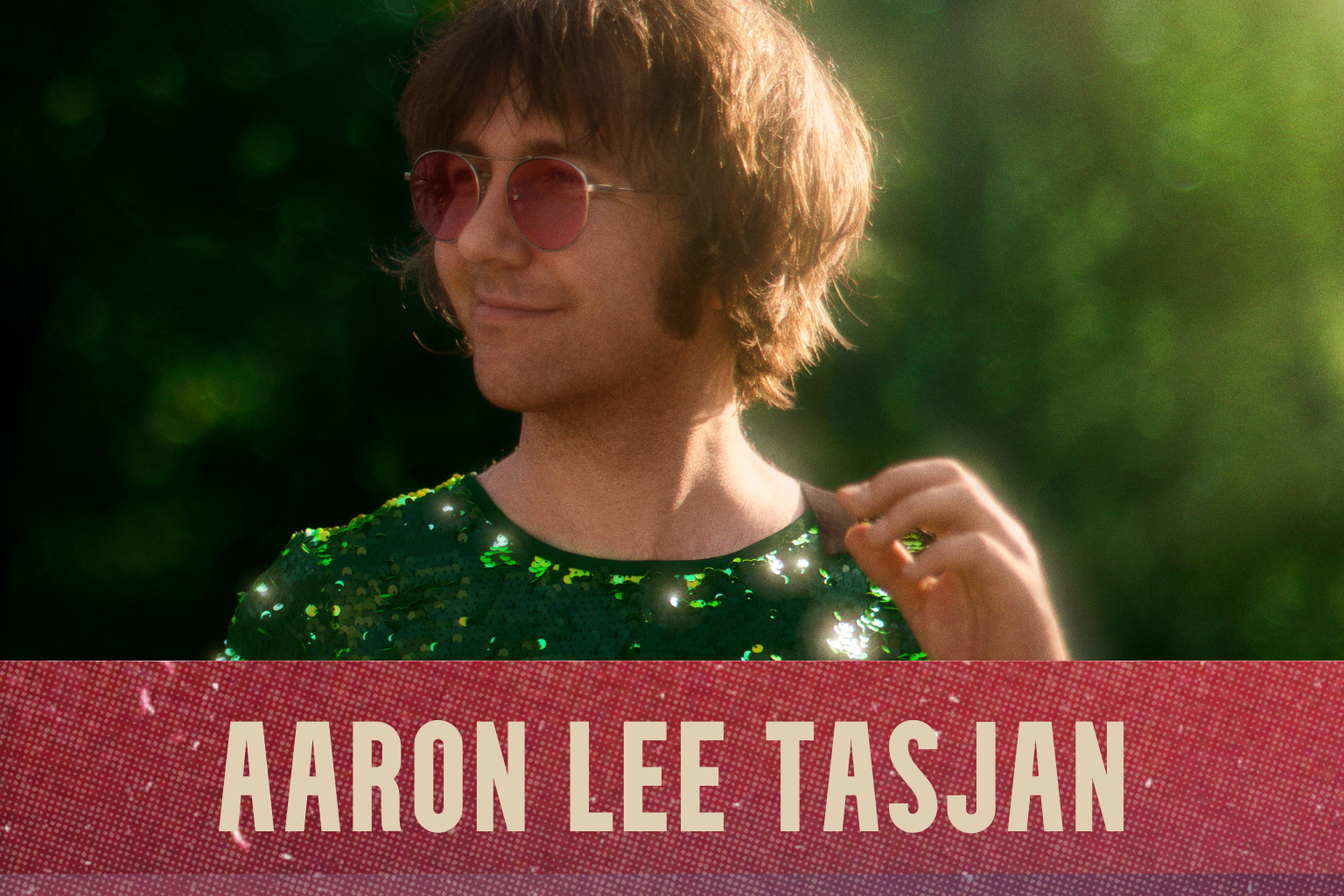 BIOTasjan’s fourth album and most current recording, “Tasjan! Tasjan! Tasjan!” was released February 2021 via New West Records and is a masterclass in the sonic amalgam of vintage pop, 90s Anglophilia, glam and 21st Century psychedelia. Tasjan uses unique studio technique, to boldly blend the current and the classic, making his most musically daring and critically acclaimed album to date. He examines sexuality, mental health and dedicates the album to the alternative kids who felt “other” growing up. 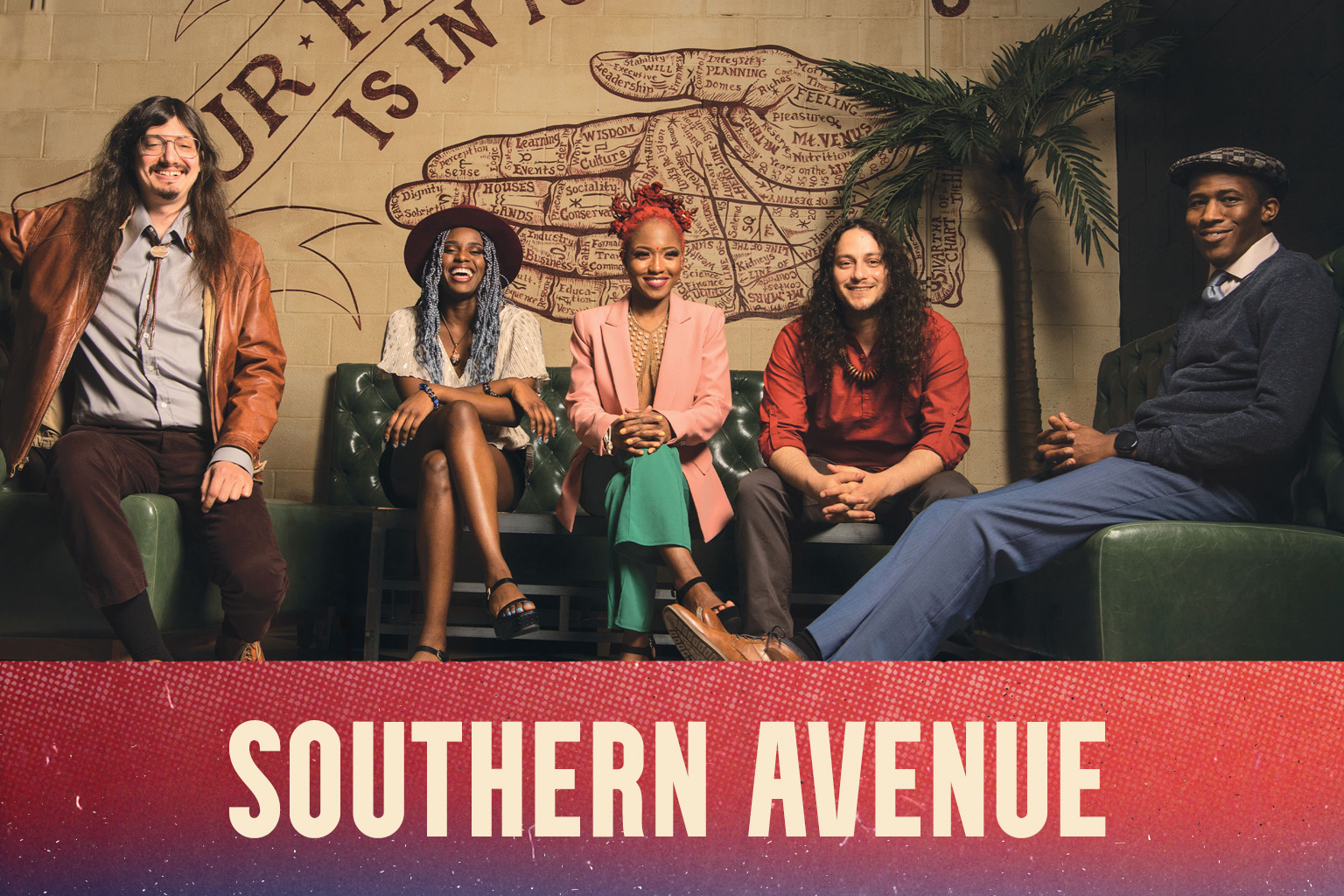 BIO​Abounding with musical creativity, confident songcraft, and deeply felt emotion, BE THE LOVE YOU WANT marks the GRAMMY® nominated, Southern Avenue’s most ingenious and personal effort thus far, marrying soul power and jam band liberation, gospel, blues and righteous R&B, to craft their own timeless brand of American music. Signed to Stax in 2016, less than a year after their initial formation, the band released their self-titled debut early the next year. SOUTHERN AVENUE was an immediate phenomenon, reaching #1 on iTunes’ “Top Blues Albums” chart before being honored with 2018 Blues Music Award for “Best Emerging Artist Album.” 2019’s KEEP ON proved to be an even greater success, debuting among the top 5 on Billboard’s “Top Blues Albums” chart amidst worldwide critical acclaim, ultimately earning Southern Avenue their first GRAMMY® Award nomination, for “Best Contemporary Blues Album”. “Southern soul is the foundation for so many different styles,” Tierinii Jackson says. “We use those influences, we can just run across the board and explore. It’s good.” 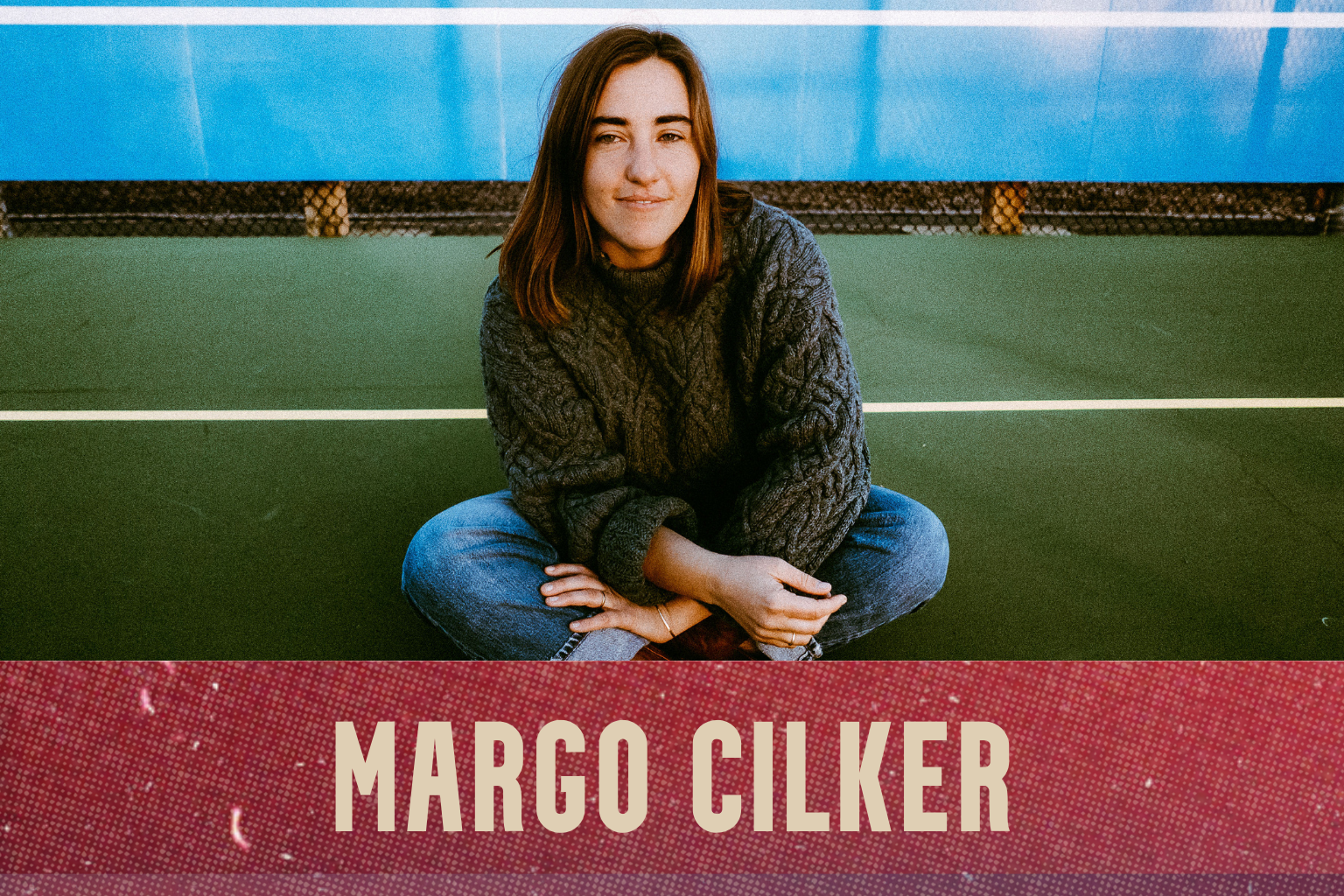 BIOMARGO CILKER is a woman who drinks deeply of life, and her debut record Pohorylle, released in November 2021 on Portland label Fluff and Gravy, is brimming with it. For the last seven years, the Eastern Oregon songwriter, who NPR calls one of “11 Oregon Artists to Watch in 2021,” has split her time between the road and various outposts across the world, from Enterprise, OR to the Basque Country of Spain, forging a path that is at once deeply rooted and ever-changing. Pohorylle, which carries gentle nods to Lucinda Williams, Townes Van Zandt, and Gillian Welch, shines under the instincts of producer Sera Cahoone, whom Cilker first came across in 2019 while planning her first full-length. “I was trying to pin down what kind of sound I wanted and stumbled across a video of Sera and just loved how she performed. I then listened to her last studio record and thought, that’s the sound.” Cilker says. “I found out Sera had produced that record herself with John Askew. My friend put me in touch with her and she liked my demos enough to produce the album. It felt very auspicious—It was truly just a gut feeling.” Cahoone quickly got to work assembling a first-rate band: Jenny Conlee (The Decemberists) on keys, Jason Kardong (Sera Cahoone, Son Volt) on pedal steel, Rebecca Young (Lindsey Fuller, Jesse Sykes) on bass, Mirabai Peart (Joanna Newsom) on strings, Kelly Pratt (Beirut) on horns, and the album’s engineer John Morgan Askew (Neko Case, Laura Gibson) on an array of other instruments. The record also prominently features effortless harmonies from Sarah Cilker, Margo Cilker’s sister and frequent touring partner.  Over the last six years, Margo Cilker has toured extensively across the US and internationally, and is a staple in the independent festival circuit. 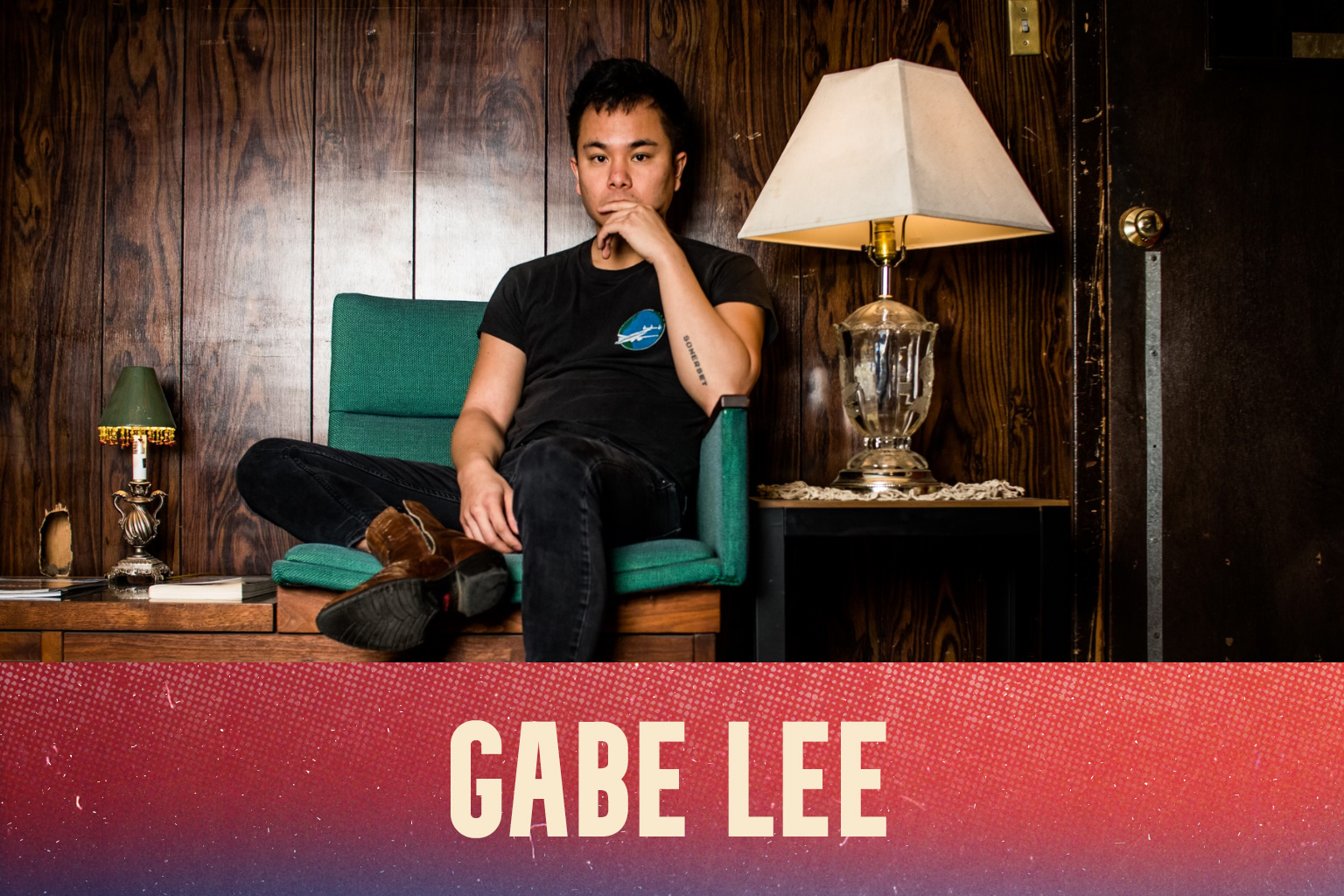 BIONashville-based songwriter Gabe Lee is becoming increasingly known for his ability to detail the intricacies of everyday life, the small distinctions that leave some on the fringe and others in the mainstream, and the particulars that stick around long after a lover leaves. His second album in as many years, Honky Tonk Hell (2020), finds Gabe diving deeper into themes that aren’t far from his own life — exactly what it meant to grow up in Nashville and what it means to still be a songwriter there, how it feels to be settling into adulthood and the monotony and occasional heartbreak it can contain, as well as the pieces of a younger time that didn’t quite work out as expected. But, the way he tells these stories — these common pieces of experiences — is through narratives of men on the run, lovers who leave and vivid imagery, inspired by everything from Biblical stories to forgotten small towns and the people who inhabit them. One of just a few songwriters of Asian descent in Nashville’s music scene, Gabe’s parents immigrated from Taiwan in the early ‘80s to pursue master’s degrees at the University of Arizona. They followed a job to Nashville, where he was raised. His mother, a professional and classically-trained pianist, was an integral force in Gabe’s musical education.

Hear about it first, JOIN the newsletter for updates!